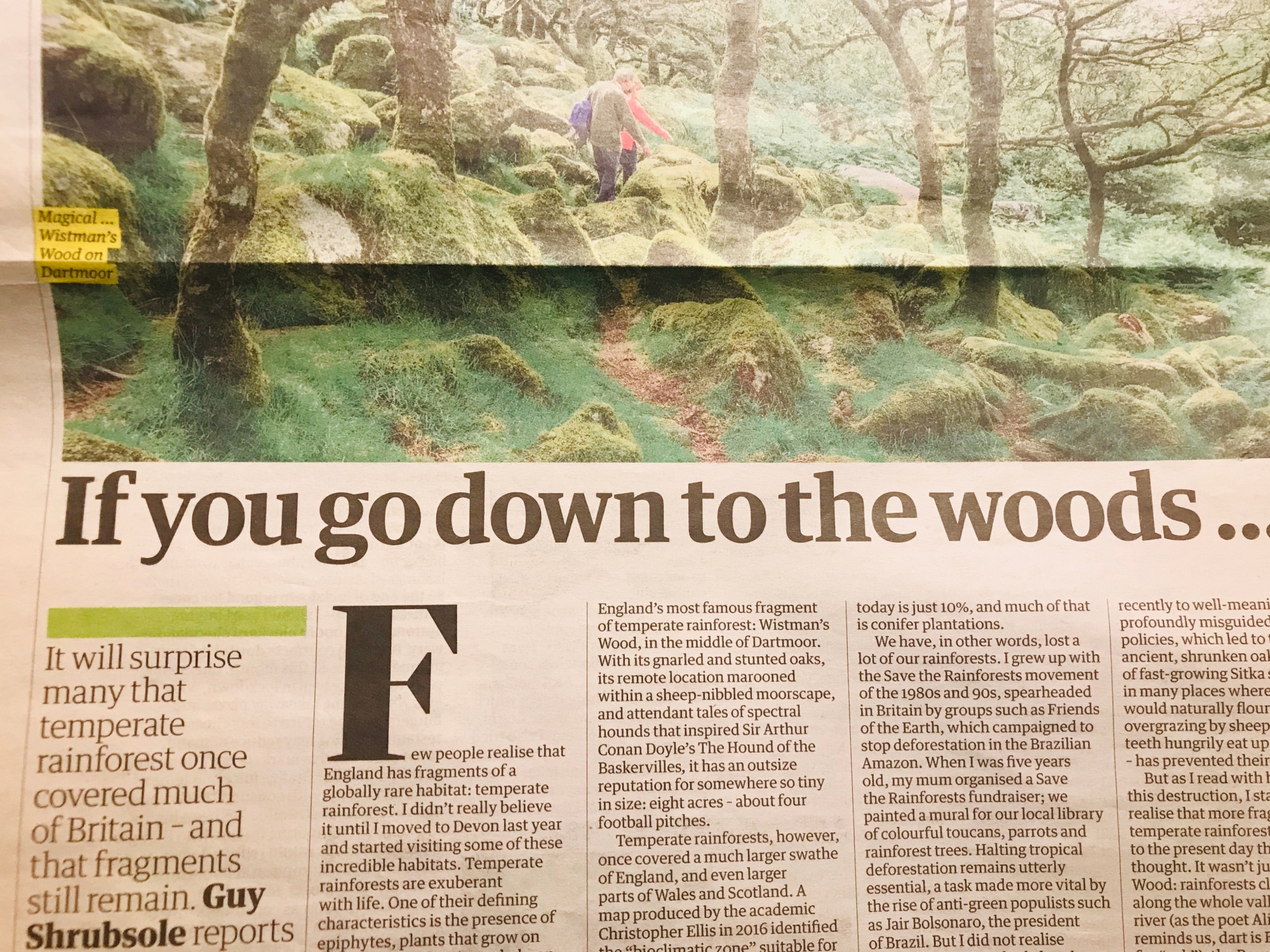 Metro – Britain’s lost rainforest could be restored to past glory, says environmental campaign

The Guardian – Farming v rewilding: the battle for Borrowdale in the Lake District, with comment from Guy Shrubsole of Lost Rainforests of Britain

Independent – Deadly beautiful: How rhododendrons are threatening the UK’s most vulnerable woodlands

The Guardian – Britain’s vanishing rainforests must be protected, say campaigners

The Guardian – Life finds a way: in search on England’s lost, forgotten rainforests

The Independent – Rebuilding a forest: how humans lost touch with woodlands – and how we’re restoring the connection

The Guardian – ‘I want to re-enchant people’: the man championing Britain’s rainforests

BBC Radio 4 Open Country – Helen Mark takes a walk into the secret forests of Britain with Guy Shrubsole to find out how we can save Britain’s lost rainforests.

BBC Radio Cornwall – Guy Shrubsole speaks with Julie Skentelbery about his interest in temperate rainforests, how to identify them and the tragic history about how most of them have been felled (listen from 50 mins in).

Reasons to be Cheerful Podcast (with Ed Miliband and Geoff Lloyd) – Back to nature: tackling the biodiversity and climate crises. Segment on rainforests (with Guy Shrubsole) exploring ecosystems beyond the trees, and how restoring these habitats can play a significant part in reach net zero (listen from 26:45).

Sky News The Climate Show – Tom Heap travels to Dartmoor in search of the lost rainforests that may have once covered parts of Britain.

National Geographic – Britain has a rainforest – and it’s in trouble.

UnHerd – The magic of Britain’s rainforests

Totnes Times – Launch of campaign to save local rainforests

One thought on “Lost rainforests in the media”